What Is Dichroic Glass?

Dichroic Glass: Possibly the Most Stunning Architectural Glass Around 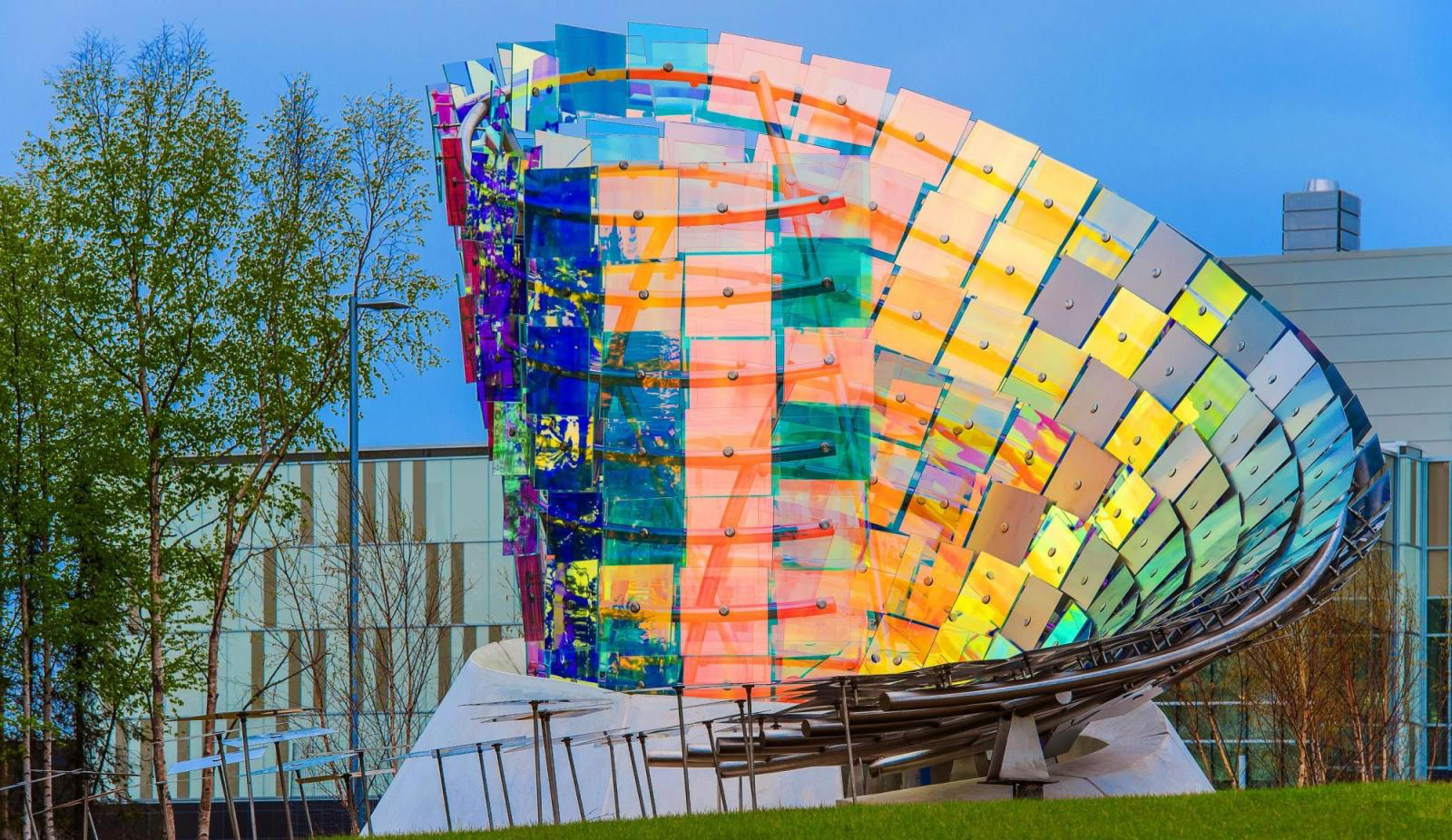 From art installations to custom glass countertops, many projects incorporating dichroic glass can be seen in either the commercial or residential sphere. Whatever the setting, it is always stunning, interactive, and perpetually changing. But what is dichroic glass? How did it start; how do you make it; and what do architects, designers, and artists need to know about it? 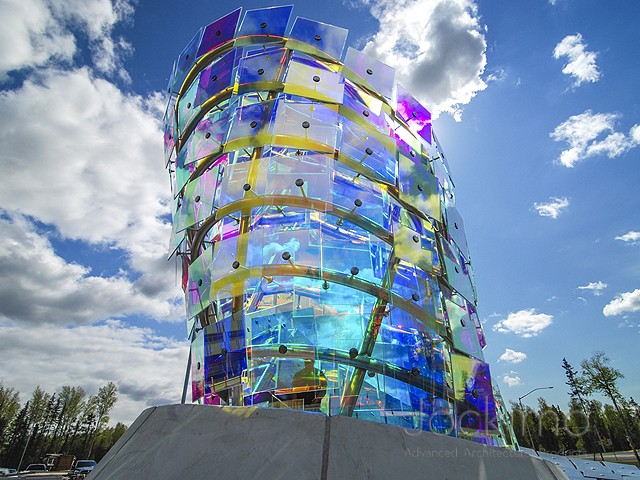 The word dichroic comes from two Greek roots: “di” meaning two and “chroma” meaning colors. The name refers to the way in which the glass can display multiple color hues depending on your angle of viewing and different lighting conditions. 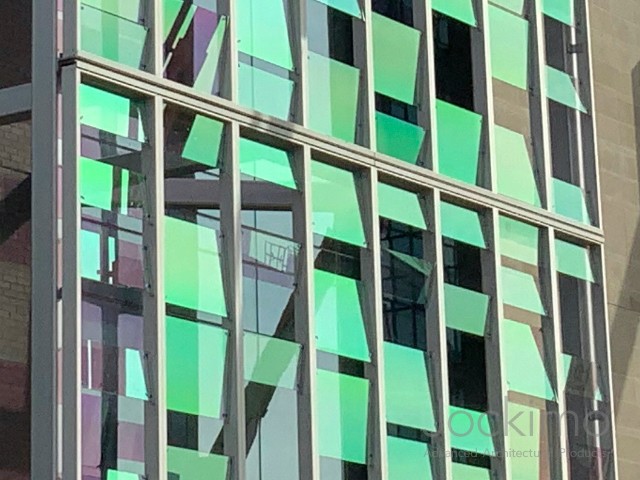 Dichroic glass dates back as far as the fourth century AD. This ancient color-changing glass has very few surviving examples, and what does persist are mainly just fragments. By far, the most famous and well-preserved example from this era is known as the Lycurgus cup. When backlit, the cup appears a deep red; when lit from the front, it has a green hue.

Dichroic glass was also manufactured and used during the Renaissance in Venice, but these pieces are rare as well.

In the more modern era, dichroic glass as we know it today came directly from research conducted by NASA and its numerous contractors. The solution was called chameleon glass, and it was intended to protect astronauts from the negative effects and harsh glare of unfiltered sunlight. Used in dichroic filters, this coated glass also acted as a shield against cosmic radiation.

After the invention of dichroic glass for this specific purpose, it wasn’t long before the beautiful, captivating, visually interactive glass caught the eye of various artists.

The first was an aerospace engineer who worked for a NASA contractor throughout the 1960s. By 1971, he left that industry to pursue artistic endeavors. A pioneer in the creative applications of dichroic glass, he created everything from stained-glass windows to mobiles.

How Is Dichroic Glass Made? 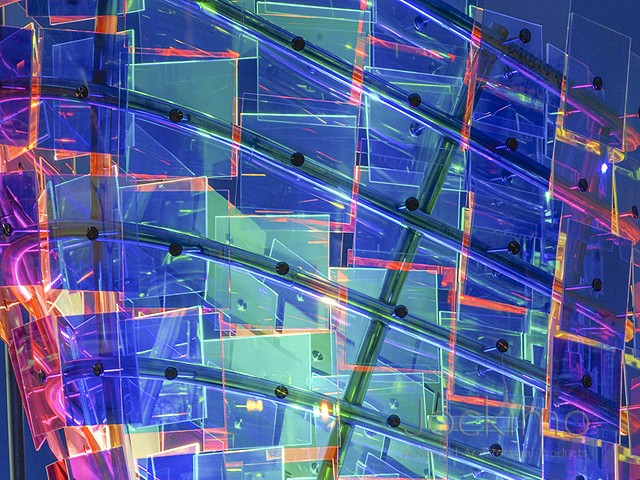 Creating dichroic glass is accomplished in one of two ways.

The first involves a laminated glass sheet, which incorporates color-changing film. This is the easiest and most straightforward method. Many glass manufacturers have the machinery and know-how to accomplish this method.

The second method, however, creates a monolithic solid sheet of dichroic glass. This is not laminated, and it requires the use of intricate, costly machinery. It can only be accomplished by glass manufacturers with access to a metal deposition chamber.

In this second manufacturing process, an electron beam in the vacuum chamber vaporizes various transparent oxides of metals, including titanium, chromium, aluminum, and others. The resulting vapor condenses on the glass substrate in a crystalline structure.

This results in extremely thin layers of metal on each piece of finished glass. How thin? Anywhere from thirty to fifty layers can be present in any piece of dichroic glass, but the entire coating is only about 30 to 35 millionths of an inch. 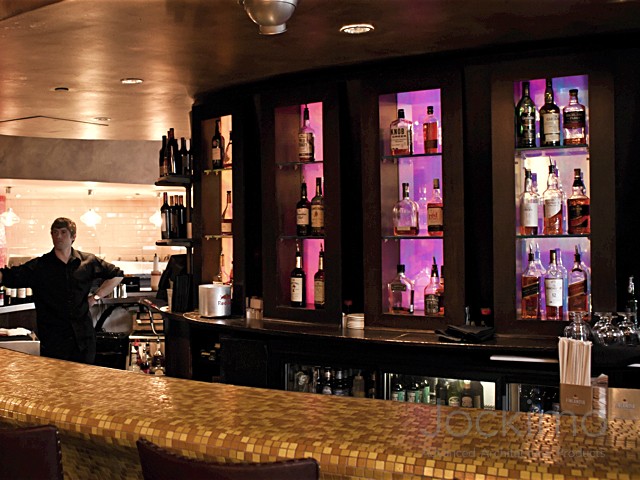 Interested in Using Dichroic Glass in Your Next Project?

Whether you’re an architect, a designer, an artist, or a private homeowner, the opportunities with dichroic glass are nearly unlimited.

If you have any questions about its manufacturing, applications, or possibilities, don’t hesitate to reach out.